March 09, 2011
Quick Fix is another interesting feature introduced in ColdFusion Builder 2.0. The CFML Editor now provides corrections to the problems found in the file that you are editing. The Editor tries to resolve the CFCs specified at various places i.e. in createObject function, the new operator or the ones specified in the tags cfinvoke\cfobject. The Editor also tries to resolve the functions using CFC introspection. Now if you have declared a CFC or a function which doesn't exist, then the CFML Editor instead of showing an error in document provides Quick Fix suggestions. 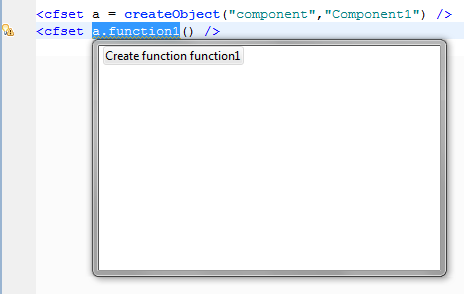